The frozen Czech metropolis and West Bohemian spa towns welcomed the “Sun from Malta”, otherwise known as the current winner of the World Final of the Miss Princess of the World, which was attended by thousands of spectators in Europe’s largest luxury ocean-going liner, the MSC MERAVIGLIA, in the autumn of 2017, and who was the beautiful and intelligent MISS Dajana Laketic.

Unaccustomed cold and excellent cuisine, such were the first impressions of the twenty-six-year-old worldwide winner of her February visit to the Czech Republic. From her home of Malta, she arrived on Wednesday, February 14th, and after the opening dinner with the partners, she set off on a magical evening walk through Prague.

A day later, her appearance at the ceremonial opening of the International Tourism Fair, Holiday World, in Prague’s Holešovice brought a little glamour to the morning. The President of the Competition, Ing. Viktor Krča, accompanied by J.E. Mr. Ernes Flamini, Honorary Consul of Malta, presented Miss Princess of the World Winner in Prague to other foreign ambassadors, local politicians, regional representatives, the media, and partners. “I'm enjoying their immediate reactions and positive feedback. Dajana is a real MISS with everything that involves. Pleasant, intelligent, gracious, friendly, human, and good-natured,” underlined Ing. Krča. Interpreting and accompanying our “Princess Dajana” was taken care of by the presenter of the competition, Alexandr Komarnický, who, besides Czech and English, also speaks German, Russian, and Hungarian, and is therefore an indispensable part of the team.

Within the framework of the demanding programme, our MISS managed to press a souvenir medallion at the Prague Castle, as well as Charles Bridge and other Prague monuments. Visiting the Grévin museum with famous celebrities from wax in Celetna Street, commercial photography for KOSTKA scooters, evening celebration of the Chinese New Year at the Municipal House, and dinner at the El Emir Lebanese restaurant also brought Prague closer as a modern and cosmopolitan metropolis.

On Friday, February 15th, she went to the planned official visit to West Bohemian Spas. First, she was welcomed to Marianbad by the Mayor of the City, Ing. Petr Třešňák, who briefly introduced the history and current events in the second largest Czech spa town. After an excellent lunch together at Česká hospůdka with pure Czech specialties, the Fryderik Chopin Memorial, the City Theatre, and the Colonnade, she set out to explore the monument. The stay at Marianbad ended with the invitation of the hotel owner, Ing. George Richter’s sweet point in the form of a dessert called “Krakonoš”.

In the afternoon, the Miss Princess of the World was enchanted by our most famous spa town, Carlsbad, with its atmosphere, curative mineral waters, and the excellent 13th Spring. It was possible to taste it directly in the Jan Becher Museum, under the guidance of the friendly guide, Miroslava Zouharová. Also, Mr. Radim Rint from the City Information Centre took the winner, with a distinguished interpreter, as part of the City tour, so at the end of her visit, she expressed the desire to come back here in summer, for a private holiday.

“The entire program was very varied and extremely demanding. I enjoyed every minute in the Czech Republic, because it was my first visit to this country in the middle of Europe,” Dajana said. If it wasn’t for the cold, she would definitely go into the woods - ideally for mushrooms. The Czech varieties on a plate of local specialties literally fascinated her, and during her next visit, she will definitely order from the purely Czech menu. So, see you next time, Dajana … 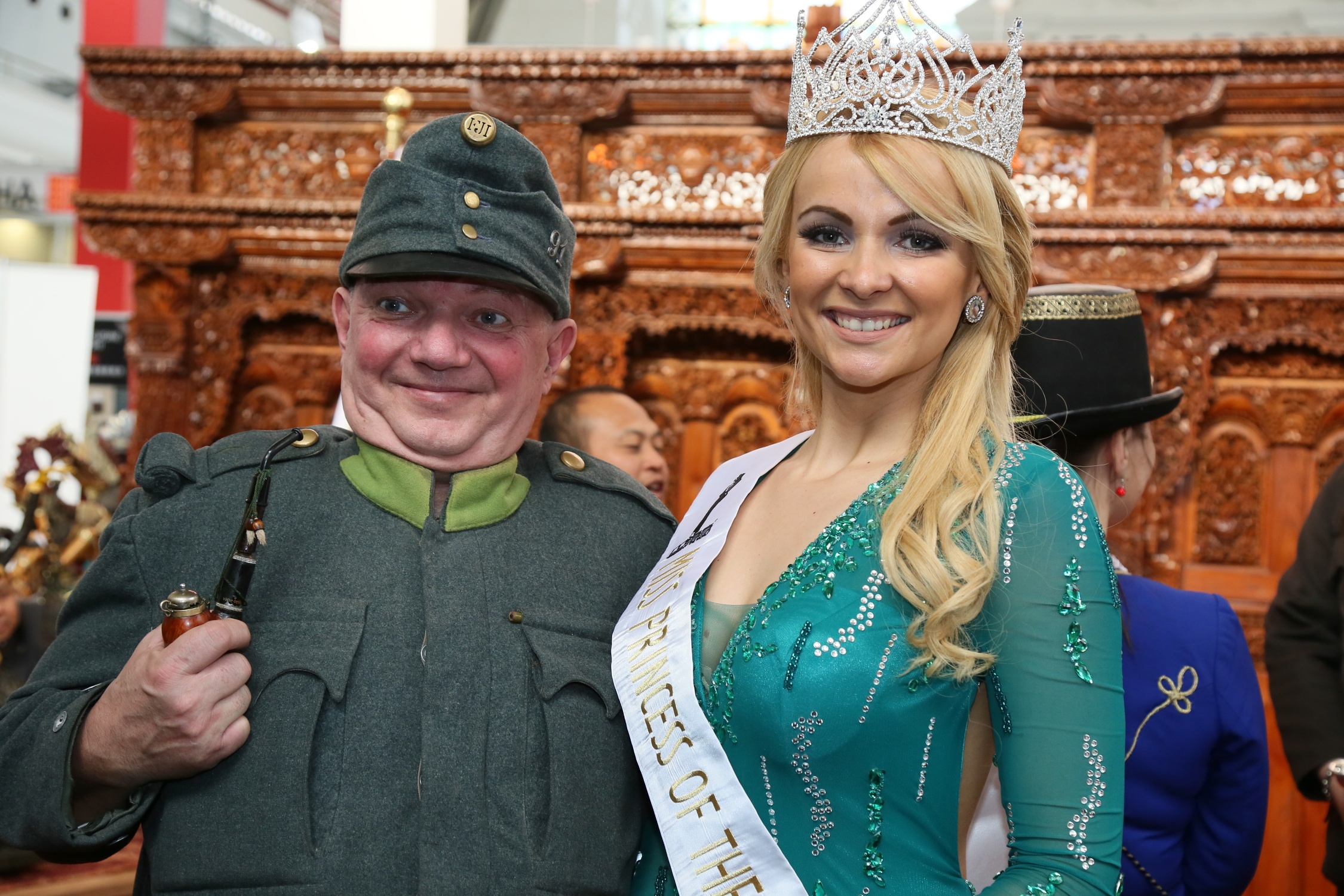