The Manor Hall of the Archbishop’s Chateau in Kroměříž on a Saturday of May 20, 2017, it was full of splendour, because here, before the eyes of the guests, there was a procession of the most beautiful women and girls of the Czech Republic, dressed in gorgeous robes and extravagant models from leading Czech designers. Names such as Jiřina Tauchmanová, Yvona Leitnerová, Luděk Hanák and Petr Kalouda certainly do not need to be presented to Czech audiences, and Michal Marek, Sandra Švédová and Rozehnalová Opticians also presented interesting girls’ outfits, including fashion accessories.

The organizers of the Miss Princess of the World transnational project, this time together with the year-round advertising partners and organizer of the TOP 20 2017 event (Fatima Agency), prepared this spring promotion of the current winner

of the Miss Princess of the World Czech Republic 2016, Mirka Pikolová, who once again had the opportunity to enthral the audience on the catwalk with wonderful dresses in the fashion show. Under the presenter Jan Čensky’s guidance, she was joined

the Czech Miss, and musical guest Pavel Vítek. This fashion show was also beneficial to our current Princess as preparation for the October 2011 Miss Princess of the World final on the new luxury ocean cruise ship, MSC MERAVIGLIA.

The highlight of the evening was the charity portion, in aid of the Naděje Centre in Otrokovice, which specializes in helping people with mental and combined disabilities. Representatives of Naděje were handed over a check from the proceeds of the Handbag Trade Fair in Kroměříž, and at the end of the programme, the auction of the most valuable piece took place. The handbag, which Mrs. Věra Špinarová, one of our best known singers, donated to Naděje, was then won in auction by Mr. Ing. Viktor Krča, president of the Miss Princess of the World contest, and thus, her handbag symbolically returned to Ostrava … 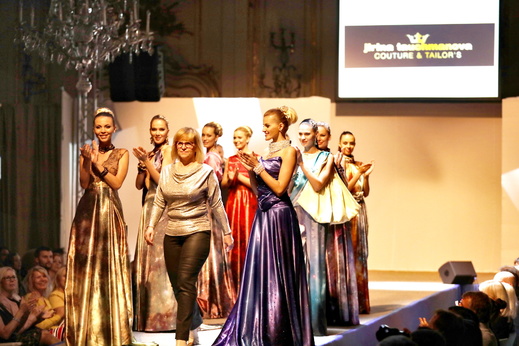