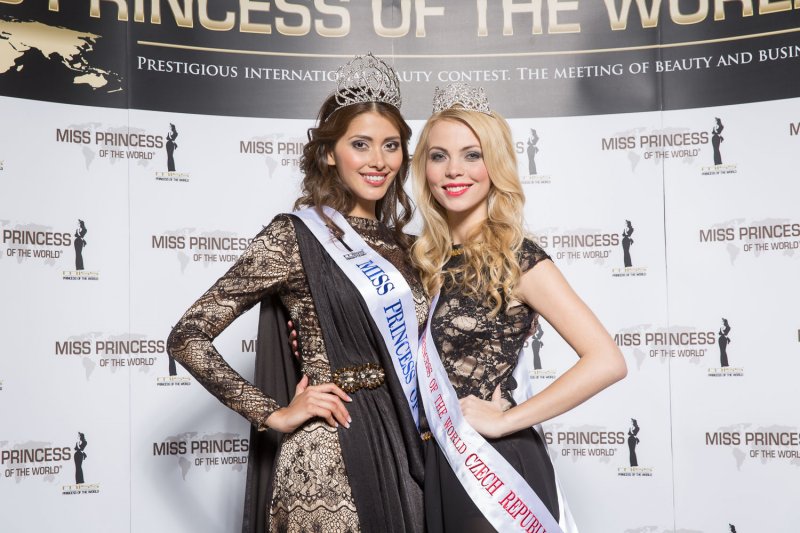 On the occasion of the 750th anniversary of founding of Kromeriz,  the promotional extravaganza called Princess of the World was held from 24 to 25 May as a part of the event  Princess Fashion Show Top Fashion Kroměříž 2013.

„The year 2013 gives our beautiful town an opportunity to remember its history, historic figures and significant moments.  The same way we find joy in celebrating various milestones  in our lives bringing ourselves closer to people who are very dear to us, I believe we can also take pleasure in remembering the 750 years of existence of Kroměříž.  There is an abundance of celebrations yet to come and  „a feast of culture“ throughout the year of 2013 is culminating in a delightful celebration not only of the town itself but also of its grateful residents and culture“, says the Kromeriz Mayor, Ms. Daniela Hebnarová MA, who expressed her support by her presence at the Princess Fashion Show Top Fashion Kroměříž 2013 event.

Various photo shoots and filming, which took place in the stunning  and cozy nooks on the grounds of the Archbishop´s Chateua and the breathtaking gardens were planned  for Friday 24 May 2013. The Kromeriz chateau and the gardens  were added to the UNESCO World Heritage list in 1998. The first arriving guests  along with the Princess of the world team including the incumbent Miss Princess of the World Carmen Isabel Hernandez Chavez from Mexico attended a concert of the Zlin Philharmonic Orchestra  and the band Hradistan on Friday evening. The concert was held in the town´s cultural hall.

Other respected guests,  ambassadors  and partners not only from the Czech republic but also other countries started pouring in Kroměříž on Saturday 25 May 2013 . The president of the beauty peagant Ing. Viktor Krča was honoured to welcome, among others, the national presidents of the Miss Princess of the World in Jamaica June Daley and Janelle Reaburn, His Excellency Mr. Yaakov Levy, the Israeli Ambassador, . His Excellency Mr. Vitavas Srivihok, the Thai Ambassador,  His Excellency Mr. Cihad Erginay, the Turkish Ambassador and the Olomouc regional council chairman Ing. Jiří Rozbořil and other venerable guests.

The leading organizer of the world pageant Miss Princess of the World was welcomed as a partner  for the TOP FASHION KROMERIZ 2013 and by presenting the winners and finalists from previous years  of the paegant  he contributed to the memorable and unforgettable moments of this fashion  show which introduced the prominent  Czech fashion  designers such as Jiřina Tauchmanová, Luděk Hanák, Iveta Řádková, Mirka Horká, Petr Kalouda and Marie Zelená. Marie Zelená introduced her new  evening gown  from her project called Evening Gowns for Towns, which was dedicated to the town of Kroměříž this time.

The collections of above mentioned fashion designers were presented on the catwalk by a number of excellent models and the winners of prestigious beauty pageants– including the incumbent Miss Princess of the World Carmen Isabel Hernandez Chavez from Mexico, the current  Miss Princess of the World Czech Republic Monika Vaculíková, the winner of the Czech Republic  Beauty pageant Gabriela Kratochvílová , Miss Earth 2012 Tereza Fajksová, the first runner up in the Miss Princess of The World  Michaela Dihlová along with a number of winners and finalists of various beauty pageants.

The fashion show was anchored by Mr. Jan Čenský and the music was perfomed by the violinist Ilona Stryová and the legendary Felix Slovaček who recently celebrated his important  life anniversary and was also  conferred  the degree of Doctor Honoris Causa. 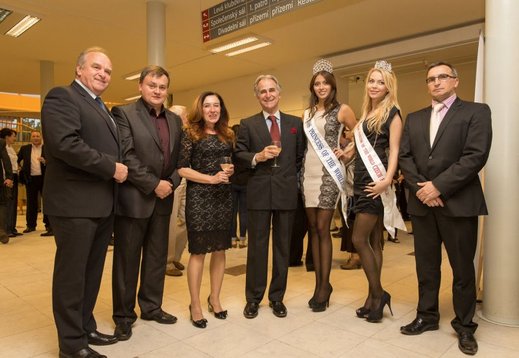 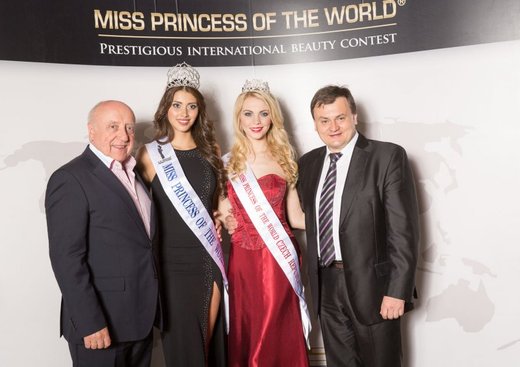 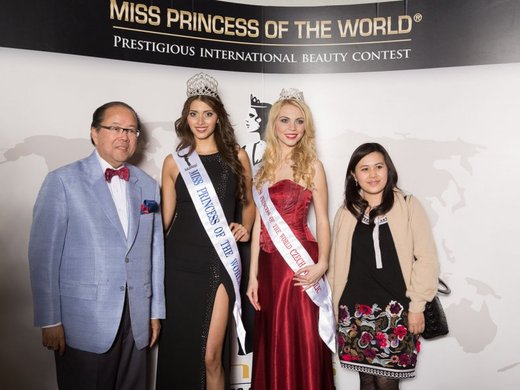 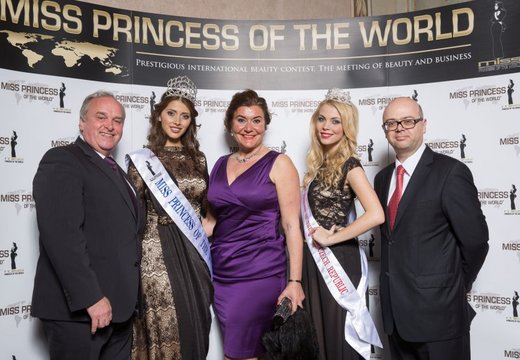 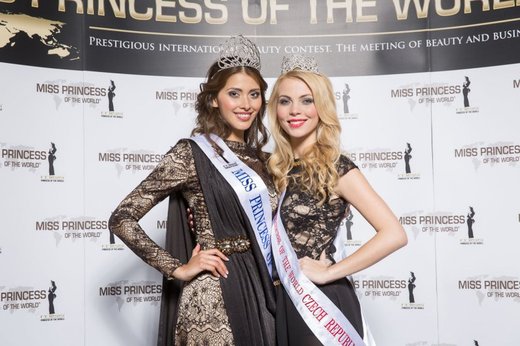 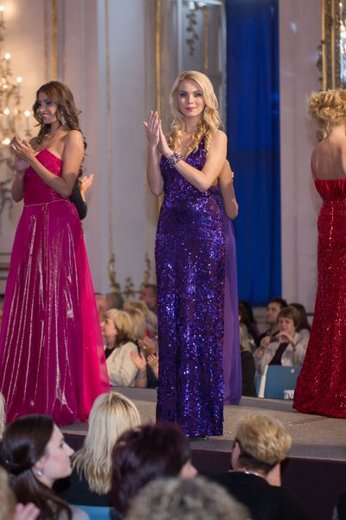 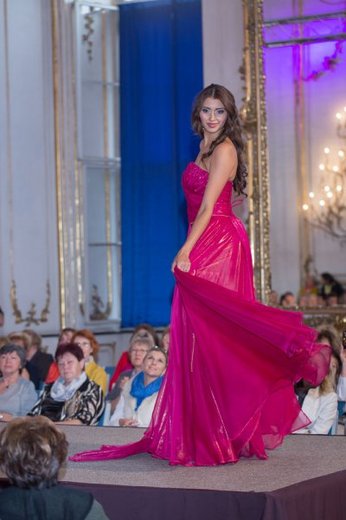 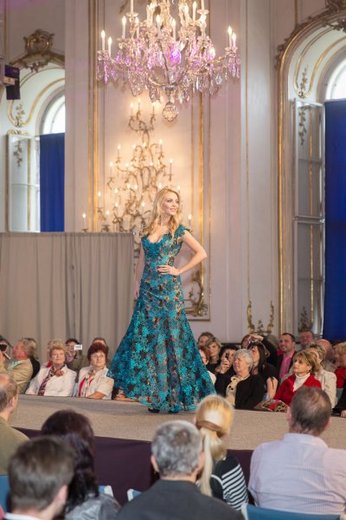 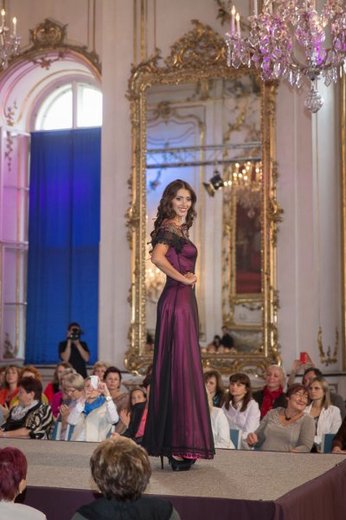