The Winner of Miss Princess of the World 2010 is Lithuania

The final gala evening of the contest Miss Princess of the World took place on Saturday 2nd, 2010 at Top Hotel Praha in Prague. Fourty one girls competed for the crown. Guests started gathering before eight, into the Congress Room at the hotel in order to appreciate the beauty and talent of the finalists. For the finalists this was the turning point after ten days of challenge.

The jury was formed by celebrities, including important persons from showbusinessman, as for example in this concrete case, Felix Slováček. Furthermore among the jury we can also find ambassadors and national organizators.and other important guests. This year sat in the jury: Last year‘s wnner Miss Kathiel Davionnie Lampson Carter from Nicaragua, the president of the contest Ing. Viktor Krča and others.This year Geofin and LR Buksa and partner became general partners to the contest.

The show begun with the first discipline, which was a fashion show. The girls wore gowns by the Czech designer Luděk Hanák during the fashion show. Also the title of Miss Photo-which was voted on the internet, where viewers could vote for the finalists they liked best- was handled to the winner. The winner became the finalist from Latvia, Kate Ločmele. 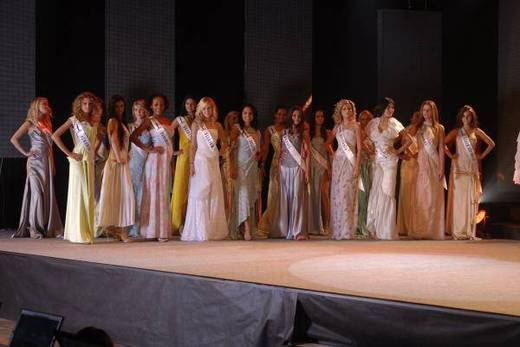 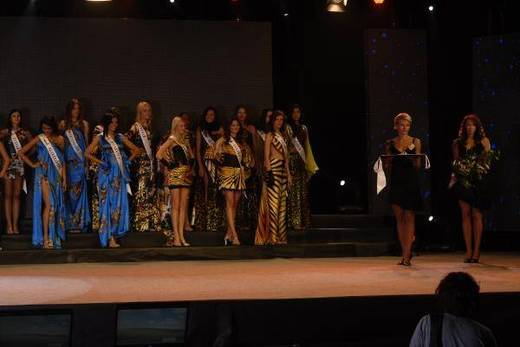 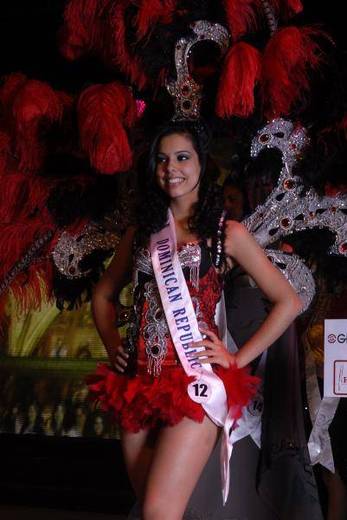 Along the gala evening, some other titles were handed to its winners such as Miss of the Town of Polička, which went to the Czech finalist Alice Kocáková from Brno or Miss Talent, which went to the exotic beauty Armika Mutro from Trinidad and Tobago.

The guests could also watch the video interview from the promotion tour both from the Czech Republic and Hungary, together with the four best performances of Miss Talent. Along the video interviews, the talent of interpreters from the Czech Republic such as Felix Slováček and Ilona Stryová, but also foreign guest performers as the world known opera singer Olga Romanko Primavera shone from the stage.
The hot moments came just moments later, as soon as the swim suit promenade started. And right after that the nine remaining super finalists were declared. The final nine girls to continue in the battle for the crown were: Bolivia, Czech Republic, Lithuania, Hungary, China, Hungary, Italy, Nicaragua, Slovak Republic and Venezuela.
The last discipline the nine girls had to face, was the most feared one. The interviews. In these nothing could be hidden behind beauty, gorgeous smiles, banging curves and an overall fabulous look. After this last discipline it was all up to the jury to decide who will be Miss Princess of the World 2010. The voting was done by the jury and verified by state notary Mr. Radim Neubauer. And then the one and so much awaited moment came: the announcement of the final winners.
In the final defilé along the stage the finalists wore gowns from fashion designer Jiřina Tauchmanová and then, moderator Jan Čenský announced:

II.Vicemiss Princess of the World 2010 – Jhoanny Sarahi Jimenez from Venezuela

I.Vicemiss Princess of the World 2010 – Raffaella Campagna from Italy

Miss Princess of the World 2010 – Deimante Bubelyté from Lithuania