The international beauty contest Miss Princess of the World 2011 it is reaching its final!

Our capital city is going to be hosting the 45 most beautiful girls from all around the world, who are coming for the world final of the international beauty contest Miss Princess of the World, the last week of september.

The girls from all around the Word are coming to Prague on the 21st-23rd of September. They can expect a colorful week long promotion as every year. During their whole stay the girls are going to be accomodated at TOP HOTEL Praha, which for the third year is providing the stay at their luxurious and complex installations. At its congress hall is going to take place the Word final.

We cannot say that the girls will be facing just official events during the promotion. They will also have space for entertainment and the possibility to visit interesting places of the Czech Republic and the posibility to experience its traditions. They will be attending svatováclavské slavnosti, the wine harvest at Karlštejn castle, rides on Segways through Prague, a visit to Klášterec nad Ohří, Nový Hrad Jimlín and Žatec, where the girls will have a show in national costumes, together with the selection of the best national costume on September 28th, and of course last but not least the Prague castle. 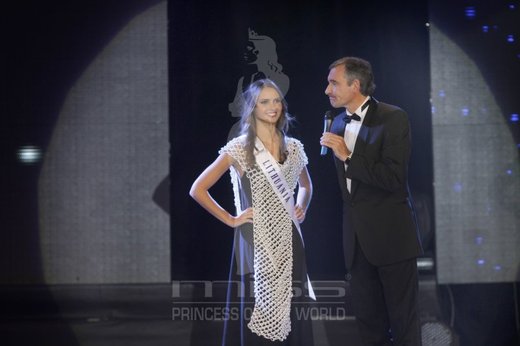 The even is going to have its final gala evening on October 1st at TOP HOTEL Praga. The evening is going to be moderated by top Czech stars Jan Čenský and Michaela Ochotská. Other celebrities also promised to attend (such as Felix Slováček, Miroslav Šimůnek, etc.) Also fashion designers will attend (Jiřina Tauchmanová, Luděk Hanák, Irma Manjgaladze, Marie Zelená) together with ambassadors and other foreign guests.

During the show we will see appearances of Jaroslav Svěcený together with his daughter Julia, Kamil Střihavka, the soloist of the prague national opera Andrea Kalivodová and the italian singer Carmine Dorsi.

The Czech Republic is represented this year by the symphatetic blond beauty from Nový Jičín, the 21 years old Šárka Mohorková. Who beacame the Czech winner this year in june within the joint czech- italian national selection. Šárka, who has been also the tallest girl among the finalists this year has been doing modelling for several years and has been also on the fashion shows of top czech designers. We trust in the fact that she will impress the jury with her beauty.