The WORLD FINAL CEREMONY of Miss Princess of the World 2017 was won by a charming girl from Malta, Miss Dajana Laketic

This colossus of a ship, nearly twice the size of the famous Titanic, the new giant ocean cruise liner MSC MERAVIGLIA, with the world’s largest LED screen, hosted the World Final of the international beauty and communication skills competition - Miss Princess of the World 2017, in the week 29.9. - 6.10.2017.

This time, this year’s finale was held in the form of a weekly competition of the superfinalists of the competition. With the participation of several thousand spectators throughout the event, the girls demonstrated their communication skills and charming performances, and competed in several competitive disciplines, with the participation of an official jury. Disciplines included Best National Costume, Fashion Show, Miss Bikini, and Miss Photo MSC Meraviglia, which enjoyed the interest of both the public and the spectators on the boat itself, as well as at external stops.

Miss Princess of the World is an international competition for girls aged 16-26, which is one of the world's most prestigious beauty competitions. “Princesses of the world are not only charming and elegant, but smart and capable ladies, presenting themselves and their countries in one of the world languages,” explained the president of the competition Ing. Viktor Krča, with Miss Princess of the World distinguishing itself from classic beauty competitions by including other disciplines too. The girls must convince the jury that they can work with modern communication tools and master the basics of diplomatic protocol. Another difference is the combination of beauty and business within the motto of “beauty and business”. As a result, one component of the WORLD FINAL is always a small Business Forum of Economic Diplomacy, with the participation of representatives of Czech business and foreign investors and companies, which this time took place on 4.10.2017 at San Antonio Qawra, Malta, along with the selection of Miss Bikini.

Most of the final jury, which included representatives from the Czech Republic, Canada, Spain, Malta, and MSC Meraviglia, this time had the opportunity to spend the whole week with the girls, and get to know them thoroughly, not only during the on board activities. The programme was accompanied by excursions and filming in each visited destination, and officially closed on 5.10.2017 in the TV studio with the latest discipline - an interview with a presenter. Something specific to Miss Princess of the World is the concept of this unprepared 3-minute conversation in one of the world’s languages, so that the girl and her reactions can be judged by the jury. The evaluation by the jury is always online during the discipline via tablets, under the supervision of an official supervisor at the server location, so as to exclude private agreements and deals, or influence on the members of the jury.

At the final fashion show, in gowns made by Czech designer Jiřina Tauchmanová, the audience again applauded all of the super-finalists, and Mr. Raffaele Pontecorvo, captain of the ship MSC MERAVIGLIA, declared the winner. The beautiful Crystal Crown from Preciosa will be worn by the charismatic and intelligent winner - Dajana Laketic from Malta. Her beauty and performance during the whole event clearly attracted all of the members of the jury, beginning in the first discipline, where she won the title BEST NATIONAL COSTUME.

The first VICEMISS title was awarded by the announcers to Marcia Belén Blanco from Argentina; the second VICEMISS became Lujza Straková from Slovakia. This tall blonde also rightly received the winner’s trophy for the audience vote – Miss Photo MSC Meraviglia Princess of the World 2017.

There was a long line of spectators waiting to have a photo taken with the winner, just like for photos with the captain of the ship.

The fact that the jury chose well and the new Miss Princess of the World 2017 had a really noble performance, was proven by her royal gesture from the last day of the event. As a result of her decision, she officially surrendered another of her titles, Miss Bikini, which was awarded to her by a jury in Malta on 4.10.2017, in favour of her opponent in Argentina, who she considered to have a better figure, which was not the opinion of the jury. 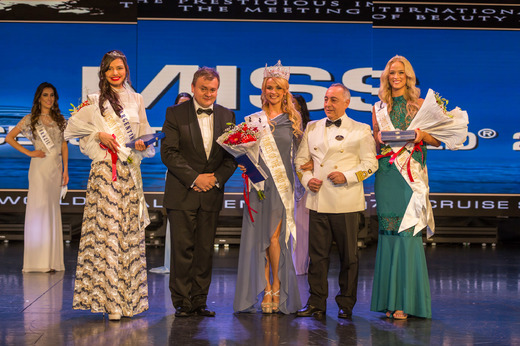 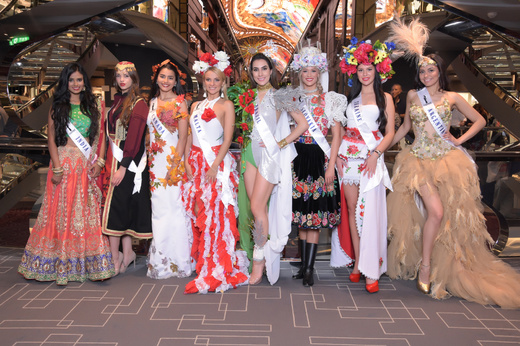 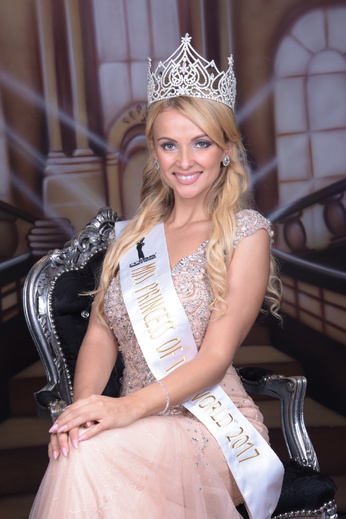 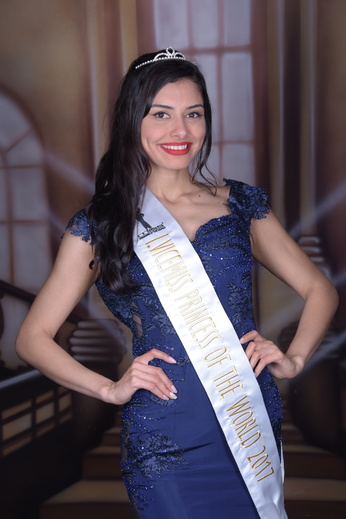 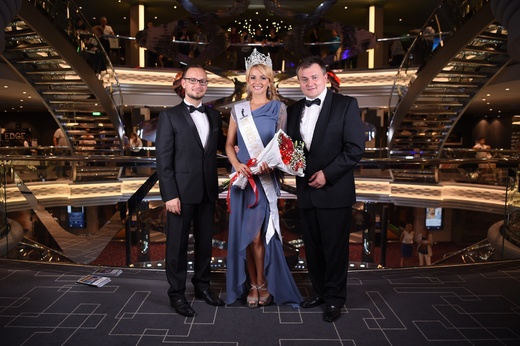 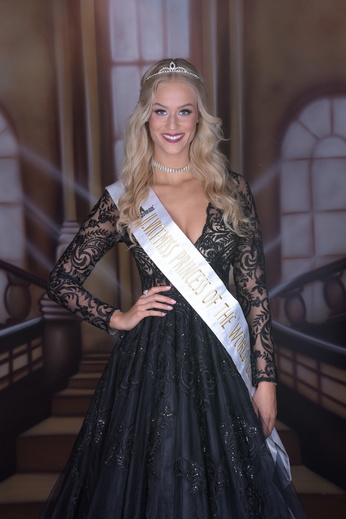