On Thursday 9 February 2012 at the fair Holiday World 2012 started in Prague the 11th  year of the Miss Princess of the World 2012. In the evening the winners of the year 2011 demonstrated in the hotel Alchymist collection of evening dresses of Jiřina Tauchmanová.

Miss Princess of the World 2011 Carmen Isabel Hernandez Chavez, accompanied by Michaela Karaková the first runner,  and the second runner Yen Hoang Cao attended a press conference in Goja Music Hall, where officially started the 11th year of the contest. After press conference, they visited many of the exhibitors and expositions on the International Fair Holiday World 2012. Additional program of Miss Princess of the World was the fashion show of evening dresses of the leading Czech fashion designer  Jiřina Tauchmanová. After great show, the girls attended party reception on the fair Holiday World 2012. The girls here met with VIP guests, provided interviews and spent many a pleasant evening. 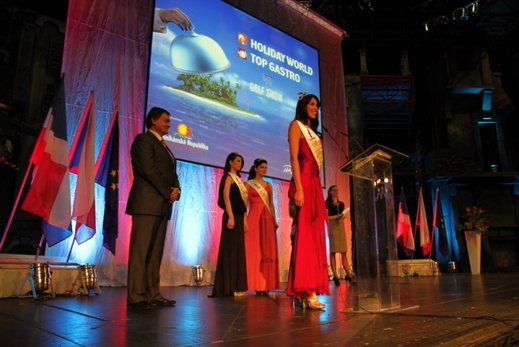